74 nursing homes fined up to $50,000 each for reported violations 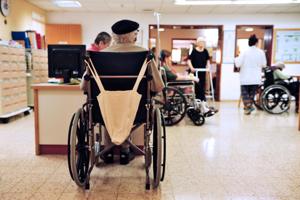 (The Center Square) – A report shows that 74 private Illinois nursing homes were found to have violated the Illinois Nursing Home Care Act in the first quarter of the year. Five of those facilities had violations that could have resulted in the death of a resident and were fined up to $50,000.

Of the 74 listed in the Illinois Department of Public Health’s quarterly report, 69 facilities had “A” violations that pertain to a condition in which there is a substantial probability that death or serious mental or physical harm will result or has resulted.

The other five received “AA” violations which means that there is substantial possibility care resulted in a resident’s death.

Bria of Forest Edge in Chicago, Heartland of Galesburg in McLeansboro, Hillsboro Rehab & HCC in Hillsboro, New Athens Home for the Aged in New Athens, and Richland Nursing & Rehab in Olney were cited for “AA” violations. Each were fined up to $50,000. In the Hillsboro case, the facility was fined $25,000 and for the New Athens case, the facility was fined $50,000, both for “failing to implement infection control measures to prevent the spread of COVID-19.”

“It is an issue that has to be addressed, we provide care for our senior citizens and the state of Illinois has to oversee that,” said Caulkins, who worked in the long-term care sector. “What is most concerning is that is how many other homes we have problems in and how they never even get to the state surveyor.”

“The people that are doing these surveys have a wealth of knowledge and experience and maybe we ought to think about doing things differently,” Caulkins said. “Is it money? I don’t know. We have taken that step and I think the state can be more proactive than reactive.”

Pritzker said it’s a step in the right direction for Illinois.

“Today we take a giant leap forward in delivering the care, dignity, and respect that our valued seniors deserve,” Pritzker said.