With polling showing his candidacy as hot as the weather, Republican gubernatorial candidate Darren Bailey kicked off his tour of Illinois Sunday afternoon.

The plan is for Bailey and running mate Stephanie Trussell to visit all 102 Illinois counties in the next 14 days. Primary Election Day is June 28.

(BAILEY'S WIFE, CINDY, SPOKE TO THE CROWD AS HER HUSBAND LOOKED ON, THEN SHE CLOSED THE GATHERING WITH A PRAYER)

Bailey and Trussell were joined by State Representatives Brad Halbrook of Shelbyville and Dan Caulkins of Decatur at the rally. 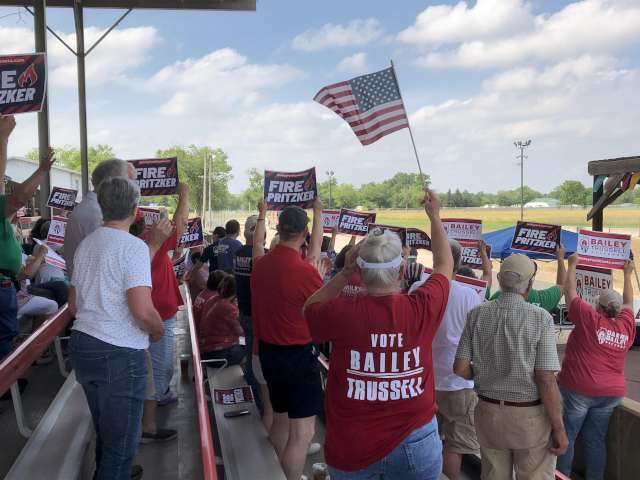 Our Greg Sapp spoke with Trussell at the conclusion of Sunday's rally...