An Illinois state representative who previously served on the Eastern Illinois University Board of Trustees said the Higher Education Fair Admissions Act that allows test-optional admissions will have a negative effect on judging the success of a teacher or an institution.

Rep. Dan Caulkins (R-Decatur) originally voted in favor of House Bill 226 that passed the house 109-8 on April 21, 2021. The bill created the Higher Education Fair Admissions Act that went into effect on Jan. 1. Under the act, “the submission of standardized test scores to the institution shall be at the option of the applicant.”

“It will probably be a negative effect in so much that we’re not holding the schools to a standard,” Caulkins told the Chambana Sun. “How else do you judge success or failure of a teacher or institution? When you remove the implications of bad test scores, we may find ourselves with less emphasis on academics.” 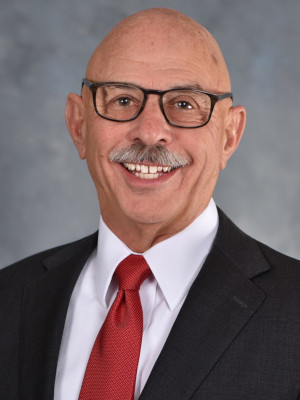 Illinois state Rep. Dan Caulkins said the Higher Education Fair Admissions Act that went into effect Jan. 1 will have a negative effect on judging the success of a teacher or institution. | Photo Courtesy of Dan Caulkins

Caulkins, a graduate of Decatur public schools and Eastern Illinois University, said that people are being set up for failure if public institutions of higher learning aren’t screening for the most-qualified students.

“The problem isn’t necessarily a university problem but one of public education, given all its problems,” Caulkins said. “There are kids that don’t test as well or may not be as qualified, and that's a reflection of the failures of our schools to provide an education and give these kids a chance to be prepared for these tests.”

The issue of test-optional admission is focused on the thought that the use of standardized tests such as the SAT and ACT cuts off “the admission of otherwise well-qualified students,” the study “Defining Access: How Test-Optional Works” concluded.

“The number of colleges using Test Optional Policies (TOPs) in higher education admissions has dramatically expanded in recent years,” the study, hosted electronically by the National Association for College Admissions Counseling, said. “And these colleges have avoided ‘one-size-fits-all,’ finding varied ways to administer TOPs and experiencing varied outcomes. … We find that there is plenty of room in American higher education for diversity of process, allowing test-optional admission to contribute to that diversity.”

The organization FairTest has created a list of more than 1,000 colleges and universities that have eliminated ACT or SAT score requirements.  The number one reason schools gave for eliminating this requirement is the belief that those tests “favor students from privileged backgrounds.”  The National Association for College Admission Counseling conducted a study and found that schools that don’t require standardized test scores have more “diversity.”

University of Illinois math professor Rochelle Gutierrez, who wrote an anthology for teachers, might agree. She argues that math is racist, stating “mathematics itself operates as Whiteness,” National Review reported.

"I think that is a cop out," he said. "Many of our public schools are failing and one of the ways you determine the success of an education system is how much its students have learned. That’s what we test for, we test all students and the test scores are for all students. When you see that a school is failing, it’s more a reflection of the school and the system than anything else."

“I would like to highlight 3 pieces of legislation that I am extremely proud were signed into law by Governor Pritzker. HB226-Created the Higher Education Fair Admissions Act,” Greenwood said in part on Facebook.