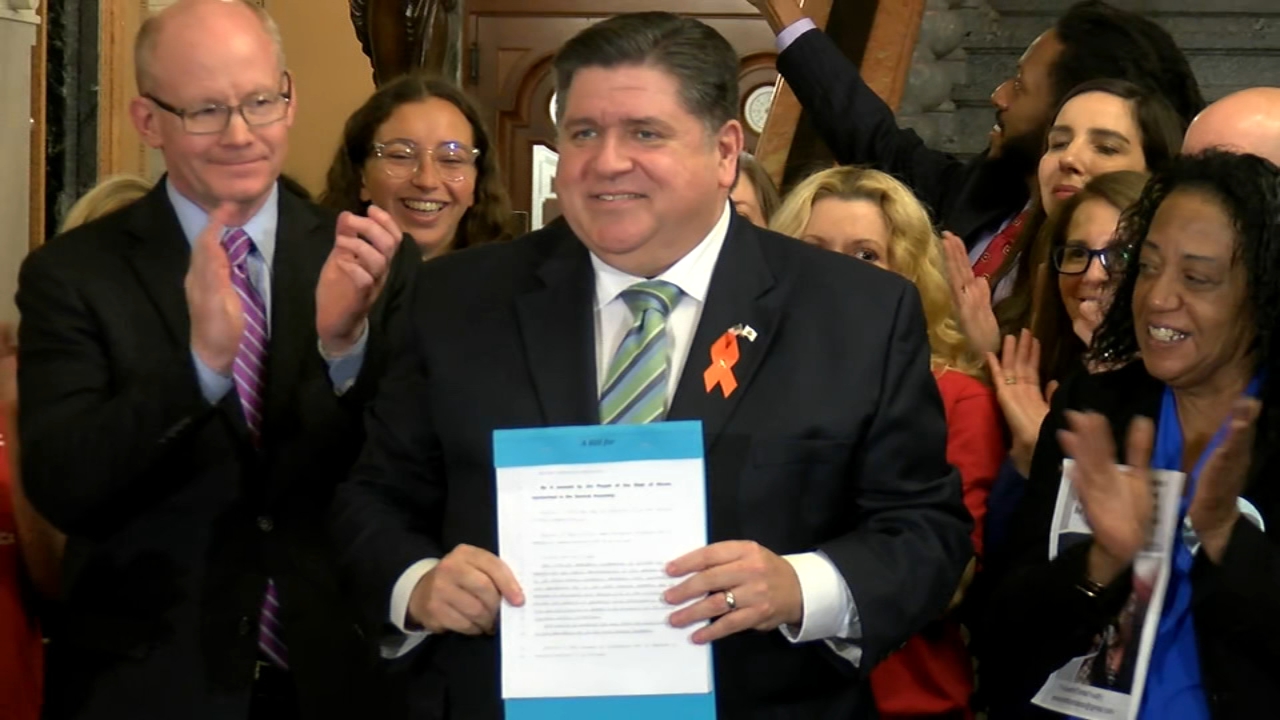 The ban was approved by the House at about 2:30 p.m. by a vote of 68-41. The governor signed it in a long ceremony Tuesday evening.

"The law that is now in place will save lives, and it won't just save one life. It will be hundreds or potentially thousands of lives," Pritzker said. 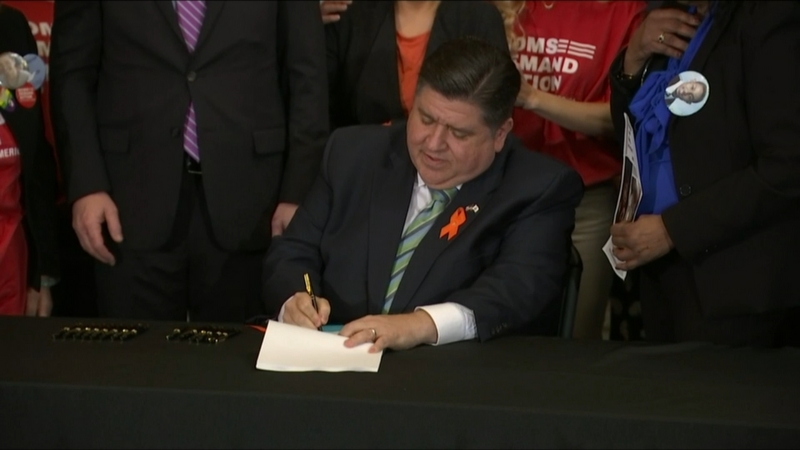 Democrats exchanged hugs and high fives after passing the bill, making Illinois the ninth state to outlaw the weapons that have become synonymous with mass shootings.

In the Speakers Gallery above, members of Moms Demand Actions celebrated the legislation they have been working on for years.

"The people of the great state of Illinois have been waiting decades for legislation just like this," said State Rep. Bob Morgan (D-North Suburbs), one of the bill's sponsors.

"Just a moment, of just election and joy and pride and gratefulness. Gratefulness for our lawmakers. So grateful for each and every one of our lawmakers who heard us and who took action and didn't just give thoughts and prayers," said Ashbey Beasley, who survived the Highland Park mass shooting last July.

With the governor's signature, the law takes effect immediately. It bans the sale of assault weapons and high capacity magazines, along with rapid fire devices.

Those who currently own any of the items being banned, who will be grandfathered in, will have to report the model, caliber and serial numbers of the weapons they own by Oct. 1.

Only hours before the Senate vote, Pritzker took the oath of office for a second term, saying stricter gun laws are a top priority, with the big push coming six months after the deadly shooting in Highland Park.

"When I campaigned for reelection and promised to pass an assault weapons ban, eight states already had one, very soon, Illinois must be the ninth," Pritzker said.

But, the passage was not without debate.

"This will not solve the problem, but this is absolutely a step in the right direction," said Senate President Don Harmon.

Mayor Lori Lightfoot praised the progress on the bill.

"I haven't read the bill, like I said the devil's in the details, but at least in the broad strokes, I think this is significant and important progress," Lightfoot said.

The bill got a joint endorsement Monday night from the governor, the House speaker, along with the Senate president.